Dr. Rex M. RogersIf you haven’t heard of QAnon, you will soon. It hasn’t been around long, but QAnon is bona fide, it’s here, and it’s “no longer fringe.”

At its most basic, QAnon is a conspiracy theory whose followers believe an underground cabal of liberal elites are in control of everything globally, including the “deep state” clandestinely running the US government. The elites are Satan worshipping pedophiles who run a human trafficking sex ring. Donald Trump and his allies, QAnon believes, are working to expose, stop, and bring these elites to justice. Q, the mysterious, anonymous—hence QAnon—intelligence or military insider with secret knowledge of this cabal, provides clues to followers, helping them know the truth and build a resistance.

“Followers of QAnon also believe that there is an imminent event known as ‘The Storm,’ in which thousands of people, members of the cabal, will be arrested, possibly sent to Guantanamo Bay prison or to face military tribunals, and the U.S. military will brutally take over the country. The result of The Storm (or The Great Awakening) will be salvation and utopia on earth.”

“QAnon does not possess a physical location, but it has an infrastructure, a literature, a growing body of adherents, and a great deal of merchandising…To look at QAnon is to see not just a new conspiracy but the birth of a new religion.”

QAnon has moved from the fringes of American politics, so Christians should understand this movement and see its potential pitfalls:

1.     “The first post from the internet user who is now called ‘Q’ appeared on the message board 4chan on October 28, 2017. The user, calling himself ‘Clearence Q Patriot,’ posted a cryptic message titled, ‘The Calm Before the Storm.’”

2.     “Q has posted over 5,000 times and often uses cryptic messageswhich community members try to decipher. The ‘Q drops,’ as QAnon followers call them, moved from 4chan to 8chan before finally using the message board 8kun. When he posts, Q uses “tripcode,” which is a series of letters and numbers that show he is the one who is posting.”

3.     “Q claims to be a government agent who has insider knowledge that the President is fighting against a shadowy group known as the ‘deep state.’ They are made up of Democrats, government bureaucrats, Hollywood insiders, and the ‘liberal media’ who are running an international pedophile ring.”

4.     “Q sets up Donald Trump as a warrior for good against a global cabal bent on evil. Q said, ‘The level of importance of this operation equates to a ‘Good vs Evil’ battle that transcends politics. This is a ‘Global Evil’ that attempted to take over America. Many in our government actively worship Satan, Moloch/Molech and participate in pedophilia, spirit cooking, etc…”

“QAnon believers commonly tag their social media posts with thehashtag#WWG1WGA, signifying the motto ‘Where We Go One, We Go All.’”

Q’s (whether an individual or a group, whether male or female) use of social media has been convoluted, ambiguous, and brilliant. Q is an innovator among conspiracy theorists in that he does not reveal all, but like The Da Vinci Code, he trickles out clues, Q drops or bread crumbs, that keep followers obsessively engaged for hours on end. As they say, just “Do the research.”

“QAnon is extremely good at providing followers with an endless supply of hope.”

Women are making their influence known via QAnon. Social media makes it easy for true believers in the Q to find one another and develop online communities.

QAnon posts its own Qupdates, and operates several websites including the QMovement, QAnon Hub, QMap, The QAnnon. One daily newsletter is called “Sheep No More.”

The FBI labeled the loose collection of individuals of QAnon followers a domestic terror threat in 2019, saying it had the potential to drive individuals to commit acts of violence.

Aside from its basic conspiracy theory about a cabal (the word itself is scarier and more sinister than “group”) of pedophile elites running the world, QAnon offers a long list of competing, inconsistent, contradictory, and internally conflicting claims.

·        Coronavirus is not real, only a hoax perpetrated by the “deep state”

·        Hollywood elites are engaged in adrenochrome harvesting, torturing children to derive a drug from their blood

·        Listings for high-priced cabinets are named after missing children

·        Elites are using the pandemic to eventually break up the USA

·        The Rothschild family lead a satanic cult, perhaps the return or continuation of the Illuminati

On one of the QAnon websites, it claims:

“Very soon, terrible news will spread. It will seem impossible to believe. You will hear horrible things. It will shake your world and may turn everything you believe in upside down. It will be a global awakening of biblical proportion. People you know of will be indicted of heinous and treasonous acts. This will span from politicians to pop stars, religious leaders to charitable institutions…It will be global, not just stateside. We want you to know that good people have been fighting a silent battle behind the scenes in order to save the world.”

“In its broadest contours, the QAnon belief system looks something like this: (Regarding the cabal, Q said,) “These people need to ALL be ELIMINATED,” Q wrote in one post, ‘The eventual destruction of the global cabal is imminent,’ Q prophesies…can be accomplished only with the support of patriots who search for meaning in Q’s clues. To believe Q requires rejecting mainstream institutions, ignoring government officials, battling apostates, and despising the press. One of Q’s favorite rallying cries is “You are the news now.” Another is “Enjoy the show,” a phrase that his disciples regard as a reference to a coming apocalypse: When the world as we know it comes to an end, everyone’s a spectator.”

QAnon is apocalyptic, integrates Scripture, and taps a history of bogus Christian nationalism. Q proponents believe that Donald Trump, their American hero, will somehow overcome the evil cult is ruling the planet. While the cabal wants Americans divided and the Democratic Party is a willing participant, ultimately The Patriots, as Q followers call themselves, will come out on top.

QAnon and the Christian Church

QAnon is a political ideology. It is a spiritual worldview. And it is a new American religion, one that wishes “to train congregants to form their own home congregations in the future and grow the movement."

Q drops frequently include Bible passages, and the style of study of Scripture and Q texts employed. QAnon adherents believe their work decoding Q drops contributes to their sense of insider knowledge, of power, of finding clarity and certainty amidst chaos. It is quick and easy.

“People are expressing their faith through devoted study of Q drops as installments of a foundational text, through the development of Q-worshipping groups, and through sweeping expressions of gratitude for what Q has brought to their lives…True believers describe a feeling of rebirth, an irreversible arousal to existential knowledge. They are certain that a Great Awakening is coming. They’ll wait as long as they must for deliverance.”

“Online QAnon church where… two-hour Sunday services with several hundred attendees consist of prayer, communion, and interpretation of the Bible in light of Q drops and vice versa…Many QAnon members express a desire for community, describing how they try to convert loved ones to their cause and browse QAnon hashtags to make like-minded friends. QAnon church would fill that need, as religious gatherings long have long done.”

Some Christian pastors and church leaders now espousing QAnon principles and encouraging their parishioners to do research and connect QAnon comments with the Bible.

“QAnon's most fervent followers reach a point of obsession, clinging to it even at cost of total estrangement from their bewildered families.”

“The church of QAnon may be a portent of things to come: Traditional religiosity is declining in America, but humanity will not cease to be religious. It will merely diversify its sources of increasingly customized religiosity. From lapsed evangelicals, as many QAnon adherents seem to be, to religiously unaffiliated ‘nones,’ people crave the community, meaning, and purpose church provides, even if they abandon or reject its teachings.”

Biblical Christianity presents revealed, authoritative, authentic, propositional truth. In terms of revelation, there is no new truth. The Word of God has been given. But there is always new error.

Joe Carter, editor for The Gospel Coalition and executive pastor at McLean Bible Church, Arlington, VA, classified QAnon as a “political cult” and warned that it is “a satanic movement infiltrating our churches.” He said the movement “engages in slander, which James calls demonic behavior.” He also pointed out that QAnon “often traffics in lies, which Jesus says are associated with Satan.” Carter concluded, “As a movement of Satan, QAnon is incompatible with Christianity.”

In 2020, we live in what’s been called a “Post Truth” culture. Moral relativism is now the zeitgeist of our age, such that objective truth has been jettisoned for “truthiness.” If there is no real, knowable, verifiable truth, then anything goes. We all become a bunch of “sheeple” easily led or misled, easily seduced.

QAnon steps into this vacuum of ambiguity offering special secret knowledge and certainty. It’s an appealing elixir for people feeling anxious and overwhelmed in a chaotic, seemingly senseless world.

QAnon purports to know truth that will make us free. But in this it is a satanic surrogate for Christ, the Church, and a Christian worldview.

For Christians, there is much to consider:

·        Conspiracy theories like QAnon market fearmongering, yet the Bible says, “perfect love drives out fear,because fear has to do with punishment. The one who fears is not made perfect in love,” (1 John 4:18).

·        Biblical Christianity is revealed in the inerrant Word, propositional, evidential, and encouraging reason not blind faith like QAnon’s “Trust the plan.”

·        Albert Mohler observed, “One of the perennial heresies that Christians have had to confront is Gnosticism…the belief that only a few, an elite, a privileged few are able to see and have inside information. The ancient Gnostics believed…secret knowledge was the key to salvation or illumination…(But) Christianity has nothing to do with the secret truth. It has everything to do with a public gospel. Christians don’t have secret beliefs we hide from the world. We’re not saved because we have some secret knowledge. No, the Bible itself declares that God has revealed himself actually to all…Biblical Christianity is absolutely incompatible with the mystery cult.”

Christians should then apply their worldview via spiritual discernment or Christian critical thinking, “in knowledge and depth of insight,so that you may be able to discern what is best,” (Phil. 1:9-11). This is something God made possible in his gift of reason to us, and it is something he expects.

We are to “test the spirits to see whether they are from God, because many false prophets have gone out into the world,” (1 John 4:1).

QAnon is a dangerous strong delusion, a politico-religious cult, not worthy of Christian engagement or endorsement. 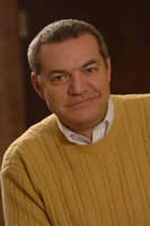 About:
Rex M. Rogers (born 1952[1]) serves as President of SAT-7 USA, the American promotion and fundraising arm of SAT-7, a Christian satellite television ministry by and for the people of the Middle East and North Africa. SAT-7 SAT-7, based in Nicosia, Cyprus, supports quality, indigenous-produced programming on four channels in three languages, Arabic, Persian, and Turkish.