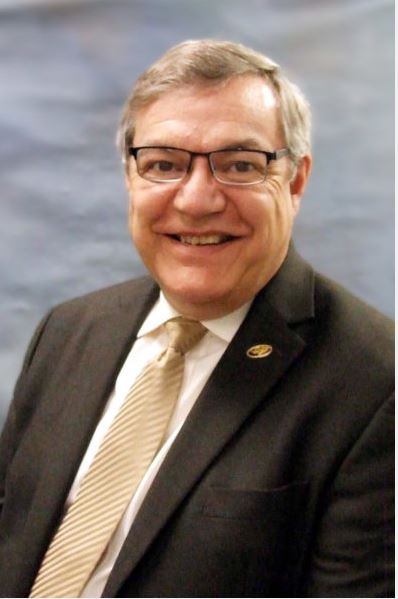 Dr. Rex M. RogersIt’s not rocket science to observe that Christianity is losing its influence in the American public square.

Unless you’ve lived in a box the past few years, this statement comes as no surprise.

Then again, it’s an axiom of human behavior that we tend to think “our day” is or was the “Best of times” – fond, if often over-stated memories of our youth - or the “Worst of times” – our bad experiences exaggerated with little perspective on what others have endured, at home or abroad. Historically speaking, we’re generally incorrect on both counts.

Moral Free Fall in the America

Though social change has been a given since Adam and Eve walked out of the Garden of Eden much of it now does not seem to be our friend. American culture is morally adrift if not already lost in a moral Bermuda Triangle. We can’t “Go low” fast enough. For example, watch the high-culture cartoons of the 1950s, then watch the low-brow cartoons produced in the last decade.

What’s particularly concerning is that the Church, the Body of Christ, appears:
a)     either to be falling victim to this trend or
b)    does not seem to have any plan for implementing an effective Christian witness in an emerging multi-religious world.

In the USA, a country once called “a Christian nation,” (an historically debatable phrase) rapid social change is now taking place aimed at ripping the culture from its moral moorings. Christian scholar Os Guinness is now calling the US the “cut-flower civilization,” his metaphor for our loss of philosophic, purpose-giving roots (values).

What scholars used to call our Judeo-Christian consensus or “sacred canopy” – social-cultural values drawn from this religious heritage – the basis of our public morality, is now being rapidly displaced by an ambiguous neo-paganism, a mixture of relativism, political ideology, and diverse religions.

If you think “pagan” is too strong a term, consider the more than 61 million lives lost to legalized abortion since 1973.

Notice, too, that I did not say “secularism.” Sociologists used to talk a great deal about secularization, and it is still a factor, but what’s emerged in this postmodern era is not an absence of religion—despite the increasing number of “Nones” noted on surveys, i.e. no religious affiliation—but a new mix of DIY religion, or at least ideology of one kind or another. We are now “Post-Christian.” Whether growing biblical illiteracy is the cause or effect is a chicken and egg argument.

A few examples of what’s gone awry:
Socially speaking, rapidly increasing transgenderism is another level entirely, undermining the most basic of society’s mores, practices, and laws, an argument that can only succeed by wholesale rejection of Christian teaching that men and women are made in the image of God and are intrinsically different from one another with unique purposes in Creation, the family, and the Will of God. Disagreement is cast ipso facto as intolerance, bigotry, prejudice and likely discrimination, and/or hate.

This is only a representative list of values and behaviors once condemned or circumscribed or at least addressed by Christian moral conscience, which are now being blown open in the name of radical individual libertarianism.

We shouldn’t find this shocking. We long-since “lost our innocence” in the 1960s. But the pell-mell moral upheaval of the past few years is still disconcerting to say the least.

This is not just old-fogy-ism. What’s happening today is morally threatening to future generations—to their personal spiritual health, to the mission of the Church, and to the very continued existence of a free society.

Some seem to believe the answer to this rapid social change is political. Elect the “right” candidate representing the “right” party and party platform to fight for our causes and everything will turn out alright. But this partisan perspective loses its luster with any serious objective review of the impact of political party leaders and partisan activities. To put it bluntly, among both Republicans and Democrats, many politicians have skeletons in their closets and a record of moral and political short-comings that demonstrate Lord Acton’s old maxim about “Power tends to corrupt, and absolute power corrupts absolutely.”Neither political party, nor third parties, nor any given political leader is of themselves presently capable of leading America out of its moral morass.

Elsewhere in Scripture God tells us that love and truth are inseparable, indeed that God is love, Jesus is the Truth, and “love rejoices in truth” (1 John 4:8; John 14:6; 1 Corinthians 13:6).

Finally, we’re expected to engage in “speaking the truth in love,” meaning we must communicate Christian values, even with those who may disagree and always in a spirit of love rather than self-righteousness, judgmentalism, or anger (Ephesians 4:15).

So, we are to love our neighbors and speak the truth in love.

Yet if we speak the truth as our convictions guide us, we will inevitably engender some—and maybe a lot—of negative response. Loving your neighbor by sharing truth with him/her is not always going to make you popular. Why? People disagree, or they don’t always want to hear truth if it calls into question what they believe or do, or they have accepted modern relativism, “Live and let live” and they simply do not believe “your truth” means much to them.

So where does this leave us in a period of social, cultural, and political divisiveness?

Christians Living in a Multi-Religious World

First, Christians need not be “in charge” and Christianity need not be culturally dominant for the Christian Church to exercise influence. This has been true historically in many countries, empires, and regions and it is true around the world today. It’s just that in the US, Christians not being “at the head of the table” and maybe “not even having a seat at the table” is a new experience, so many have responded with the rather fruitless “culture wars” of the past three decades.

Second, God is not gone, much less dead. God is still is There, and he is Not Silent, to borrow from Francis A. Schaeffer. Consequently, there is no reason for Christians to run about in despair as if the world is ending and they above all people are at risk. We know the Lord will return someday, that is, we know the end of the story, but when this occurs is not ours to know and in the meantime we are to live as salt and light in the world, not become poster children for apocalyptic scenarios.

Third, there is no historic nor biblical justification for Christians to look to politics to save the Church. There is even a line of thought that suggests that the new normal we’re experiencing could be good for the Church and its witness. Adversity tends to separate the sheep and the goats. In the providence of God, it can teach us, draw us closer to him, amplify our witness of his purposes (James 1:2-8).

Fourth, if there is no historic or biblical justification for Christians to look to politics to save the Church, there is even less rationale suggesting the Christian Church should place its hope in the capricious character of a given political leader, Republican or Democrat, to save them. As mentioned earlier, politicians may be enormously admirable and influential, like Abraham Lincoln, but even he was not perfect, nor was any leader before or since. Close alignment by the Church or Christians with a political party or a politician is utterly dangerous for both religion and politics, hence the wisdom of the First Amendment. Too close alignment can dilute the witness of the Church in a fallen and hurting world.

Fifth, the Christian’s task is to not be weary in well-doing, meaning Not Lose Hope, to speak truth in love, and to act justly, love mercy, and walk humbly with our God. This witness faithfully lived in an increasingly darkening culture means the Light will shine even brighter.

About:
Rex M. Rogers (born 1952[1]) serves as President of SAT-7 USA, the American promotion and fundraising arm of SAT-7, a Christian satellite television ministry by and for the people of the Middle East and North Africa. SAT-7 SAT-7, based in Nicosia, Cyprus, supports quality, indigenous-produced programming on four channels in three languages, Arabic, Persian, and Turkish.