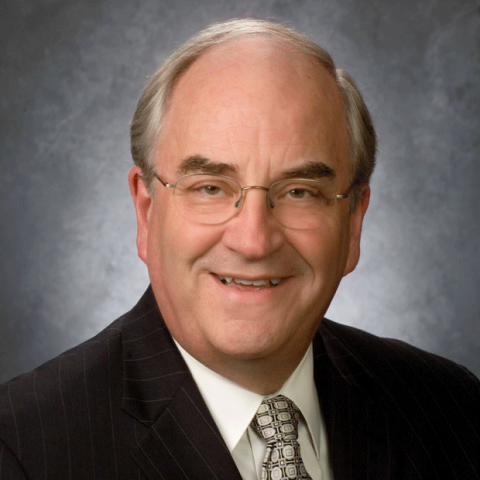 Rev. Joel Boot: “It is my hope and prayer that it does continue to grow.” Nearly eight years ago, the Reformed Church in America (RCA) and the Christian Reformed Church in North America (CRC) denominations held a historic joint synod at Calvin College.

June 2011 was the first time delegates from the two synods assembled to chart new evangelistic waters since the two denominations split in 1857.

Among the agreements reached were symbolically adopting a resolution their respective synods approved earlier of a more gender-inclusive translation of three Reformed confessions.

Another was on a larger scale that the late Amway co-founder Richard DeVos helped to engender: Launched was a joint church planting project in four "test areas" in the nation, including West Michigan, dubbed Kingdom Enterprise Zones.

Rev. Joel Boot was interim executive director (eventually "interim" was dropped) of the CRC during that notable joint synod, likening it to a family reunion "at long last."

Boot recalls meeting with DeVos, Rev. Tom DeVries, then the RCA's soon-to-be next general secretary and outgoing RCA general secretary Rev. Wesley Granberg-Michaelson. During the course of that meeting, DeVos was asked what his hope was for the church? His reply was to the point: That the CRCA and RCA would get back together again.

"That seemed to ignite a spark," recalled Boot, who's now interim pastor of Friendship Christian Reformed Church in Byron Center. "Tom saw it too and we said the time looks like it's right. Let's see what we can do to build on it, not to talk about a merger because there was some fear in that, but what we could do to collaborate and cooperate and not just coexist?"

Not long after the joint synod, Boot and DeVries embarked on a 13-stop continental expedition Boot jokingly refers to as the spaghetti tour because pasta was often on the menu.

The meetings they had were with various classis in New Jersey, Ontario, Chicago, northwestern Iowa, northwestern Washington, central and southern California and Grand Rapids, to garner joint denominational support and to seek advice. Classis are groups of churches within a geographical region that has the authority to deal with matters that concern its churches in common. Its decisions are binding on the churches in its region.

"We had a wonderful time," recalled Boot.

Since then, collaboration and cooperation continue.

In 2014, the RCA and CRC held joint synods again, this time in Pella, Iowa, where the two denominations pledged to work more closely together. That meeting came to be known as the Pella Accord, which involved a joint resolution, "to act together in all matters except those in which deep differences of conviction compel us to act separately."

Colin Watson, Sr.: “Our collaboration is creating a space where churches can gather together and prayerfully discern the best revitalization process.”In September 2018, the Helen and Richard DeVos Foundation awarded a $1.72 million grant to be used over five years to the CRC and the RCA.

The grant was one of several the DeVos' conferred in recent years to encourage the two denominations to work more closely together.

The new third space will encourage churches to prayerfully discern the right path for their ministries, with the right resources or counsel at the right time. As next steps, they'll be able to choose from existing programs and processes in both the RCA and CRC, and from options offered through new partnerships.

"Our collaboration is creating a space where churches can gather together and prayerfully discern the best revitalization process that would work for that particular point in history, said Colin Watson, Sr., a CRC commissioned pastor and director of ministries and administration for the denomination. "That's what we're putting together right now. Creating a space so we can collaborate."

Watson said other partnerships between the two denominations include every month or so a senior leadership gathering called the Reformed Collaborative that provides updates with what is happening between the two ecclesiastical bodies, joint revitalization efforts and church planting, otherwise known at the Kingdom Enterprise Zones.

"We have an ongoing arraignment where individuals responsible for church planting in both denominations are regularly partnering together and sharing best practices," said Watson. "It's not only how many churches we have but as we work together and share the effect is to have church plants be CRC or RCA, or both, is quite healthy right now.

While collaboration and cooperation chugs along, Watson stopped short of saying a merger between the two denominations would one day emerge.

"I'm not envisioning that at this point," he said. "But I think that in terms of ministry we'll continue to look for ways to collaborate, but the actual combination of the two denominations, I don't think that's necessarily will be beneficial to ministry."

Even so, Rev. Joel Boot wants the CRC and RCA to continue forging strong bonds.

"It is my hope and prayer that it does continue to grow and eventually it will see us working even more closely together," said Boot.


Author Information
Author: Paul R. KopenkoskeyWebsite:
About:
Paul R. Kopenkoskey is a full-time freelance writer and editor for an assortment of publications including Grand Rapids Magazine, Grand Rapids Business Journal, and Faith Grand Rapids magazine. He has completed his first novel with the working title, Karl Beguiled. He and his wife, Barb, live in Wyoming, Michigan. They have three children and five grandchildren.