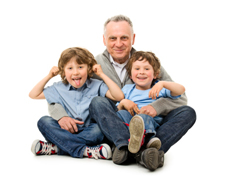 A woman, who is also a developmental psychologist, recently wrote an article for the New York Times entitled, “When They’re Grown the Real Pain Begins.” She’s not talking about her muscles or bones; she’s referring to her children. The article talks about how she thought that once her children left the house, her job as mom would be complete. Then one of her adult sons experienced a very tough year filled with a broken relationship, a job loss, along with a devastating injury, and she realized she was wrong.

Once she heard about his challenges, she started formulating a plan that would help solve her son’s problems. She was respectfully told by him that he just wanted her sympathy, not her solutions. Through her article she simply wanted to share the pain she felt at seeing her son going through something so difficult and not be able to help him directly.

Her column apparently touched off a national nerve as several people posted comments ranging from how they could totally relate to the extreme of telling her she should back off and stop hovering over her kids. The author says the majority of the comments were positive. Her main focus was just to share how painful it is to watch your children experience emotional and physical hurts and not be involved in the process towards healing. In retrospect, she says it was easier to raise her kids when they were little, although I bet she didn’t think that at the time. But when they’re really young you have a lot more say in what they do, and you can heal their hurts with a simple hug and a treat.

Kids are an investment. Not the kind you make with money, but with love, sweat, and tears. Like any investment, you hope for a great return. In the stock market that’s measured by a percentage. A ten percent return would be deemed successful by most investors. In the kid market, the measurement is more subjective, but just as risky. Each parent has their own definition of success. I think most parents would like to see their children at least become contributing members of society. This could be achieved in a variety of ways and through different career paths.

This writer shared that she never thought about how painful it would be when her investments dipped on the low side. Think about your personal financial investments and the performance of the stock market over the last five years. It’s pretty painful to watch potential retirement funds, or life savings suffer a reduction or in some cases disappear. When it’s your kids who are suffering the pain level triples, and there’s nothing you can do but stand by and provide emotional support as they work things out.

When parents-to-be dream about their future children, I think it’s only natural they jump to visualizing things like seeing them play a sport for the first time, performing well in school, or just enjoying life as a kid. Parents don’t normally daydream about their kids coming home drunk, flunking out of school, or being depressed. They envision a positive existence.

I think that’s why this woman was so surprised by her own reaction. Parents have to adjust their duties and responsibilities as their kids get older. They need to make a move from a supervisory position to a coaching position. It’s not easy and requires many emotional adjustments to the game plan, not to mention many growing pains. 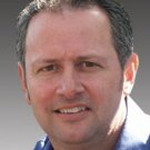 About:
Dan Seaborn is the founder of Winning At Home, Inc., an organization designed to assist and encourage people of all ages and stages of family development. As a featured speaker at churches and large-scale events such as marriage conferences, corporate functions, and university assemblies, Dan Seaborn has earned recognition as a powerful and passionate communicator. Through practical illustrations and memorable real-life examples, he encourages individuals and families to lead Christ-centered homes.