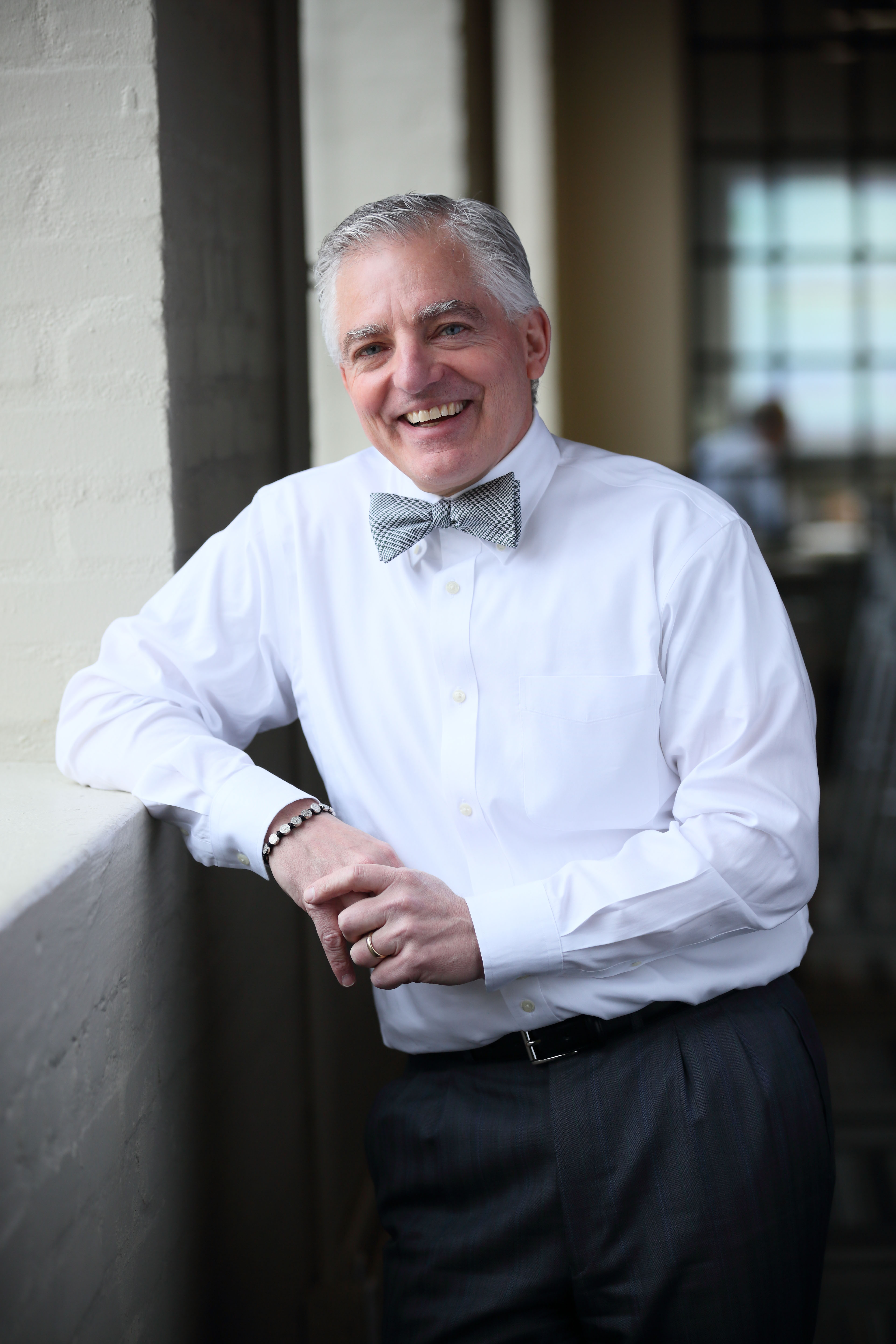 Peter Hugo Baldwin: “The premise that all lives, all people, matter to God, resonates with how Michelle, my wife, and I understand God’s view of the world.”There are people whose lives have been changed for the better because Christians in Peter Hugo Baldwin's life encouraged him to engage his imagination and create visuals in some out of the ordinary places.

His continual need to sketch could have been frowned on during elementary school and at the church his father was pastor of, Christ Church Presbyterian Church in America, but he was fortunate in more than one way.

On Sundays, Baldwin took with him a "huge" roll of paper that his grandmother sent to him as a present, so he could take it to church and draw on it when his father started to preach his sermon.

And draw he did, to his heart's content, despite askance looks by some parishioners. Today, Baldwin realizes growing up as a preacher's kid has shaped his Christian faith as an adult, and provided him with insights the average person sitting in a pew doesn't ever see.

"I'm quite empathetic to people who lead a church, to be a pastor or a pastor's wife," Baldwin says, president of Grand Rapids-based AMDG Architects. "I've seen the incredible challenges. My sense is churches and denominations have done a better job in how to take care of pastors and their families. In the '60s and '70s, there were a lot of expectations that pastors would do it all and when you think about it, the training wasn't particularly relevant for all the training a pastor had to do. It's akin to running a small business. You have all kinds of administrative and organizational skills."

Baldwin says his father endued in him a spiritual legacy.

"His faith was authentic and real and when I was going through my period in college when I rejected it, I never questioned the authenticity of my father's faith and his love for Scripture," Baldwin says. "My dad gave a lot and was very involved in people's lives and very available to them. He had an authenticity of faith and level of commitment to be a shepherd in people's lives. I wouldn't call it the underbelly, but you see the real stuff, the joys, the hardships, the challenges, and the stuff that makes up life. It's why we all need to be in a relationship with God and His gift for salvation."

Teacher inspired him to draw

"I was a challenged student," Baldwin says. "I don't know what they would diagnose me now. I was not reading well. She (Snapper) figured out I loved to draw a lot and inspired me to research animals and countries in Africa and we drew animals and the continent of Africa, the geography where the animals lived (habitat) all supplemtary focused. She recreated or unlocked a passion in us."

Baldwin took his penchant for drawing to the next level by enrolling first at Calvin College, now Calvin University, where he studied for two years and then transferred to the University of Michigan where he eventually earned a master of architecture degree in 1988 at UM's College and Architecture and Urban Planning.

To the greater glory of God

AMDG is an acronym for Ad Majorem Dei Gloriam, Latin for, "To the greater glory of God."

"Before we formed the company, several of us were talking about having an architectural firm that would allow us to practice our craft and also have the practice influenced by our world-and-life view, faith and values," Baldwin says. "We knew we didn't want to put our names on the company because we felt that would not as thoroughly express the purpose of the company. AMDG as an acronym is a great way to express the purpose of the firm. We also felt like it was fairly subtle and more inward speaking than outward speaking to remind us on our bad days when we were doing the opposite in our behavior, which happens."

Born out of AMDG's mission statement are the core values that guide its business model, including to be creative, truthful, empathetic, courageous and grateful.

"All of them have slightly different focuses but our idea was education is one of the most powerful factors that can change the trajectory of one's life," Baldwin says. "Education is so powerful in its ability to expand our view of the world. We felt it would be really appropriate to channel profits and resources that our firm was gaining from our work and give it back to people who lacked access to opportunity. We're very motivated to support faith-based education too but we're not in any way opposed to public education or any other form of education but do believe there's something magical with faith and learning."

Baldwin has previously served on the local Pregnancy Resource Center's board of directors and continues to financially support the nonprofit that aids mothers in crisis pregnancies.

All lives matter to God

"The premise that all lives, all people, matter to God, resonates with how Michelle, my wife, and I understand God's view of the world and God asking us to show fundamentally God is a God of love and mercy in our lives," Baldwin says. "We deeply appreciate the leadership that is there. W can't imagine not supporting the PRC."

In the field of marketing, "branding" is the bone and marrow of promotion.

Baldwin's personal brand is a duo-expression: Always ensuring his middle name Hugo is included — so named after his grandfather who also was interested in architecture but never got to be an architect — and his varied collection of bowties.

Baldwin necktie of choice is bowties. He's not sure how many he owns but knows he does not own a long necktie.

"Let's just say I could wear a different bowtie every day and I think it would take me quite a few months to get through that," he says.

Baldwin and his wife Michelle are parishioners at the Shrine of Saint Francis Xavier and Our Lady of Guadalupe.


Author Information
Author: Paul R. KopenkoskeyWebsite:
About:
Paul R. Kopenkoskey is a full-time freelance writer and editor for an assortment of publications including Grand Rapids Magazine, Grand Rapids Business Journal, and Faith Grand Rapids magazine. He has completed his first novel with the working title, Karl Beguiled. He and his wife, Barb, live in Wyoming, Michigan. They have three children and five grandchildren.